The continued rise of Chinese economy has often raised the spectre of the demise of US Dollar. This is further cemented by China becoming an important component of the global economy, accounting for more than 15 percent of the global gross domestic product.

Despite the obvious trend, the Chinese and their businesses in the Mainland themselves have shown a preference for the US Dollar. Why is this so?

Currency Controls: Renminbi (RMB) export controls imposed by the People’s Bank of China (PBOC) have made it less easy for Chinese companies to exchange RMB to foreign currency. This scenario is especially cumbersome when a Chinese company, for example, needs foreign currency to purchase foreign goods or to participate in foreign investments.

Renminbi Weakness: The Chinese government historically has responded to external trade wars by tactically weakening its currency against the US Dollar. This has resulted in Chinese businesses that engage in international trade to flee to safe haven currencies such as the US Dollar as a natural hedge. Even as of writing this article, the United States has further fuelled the rapidly escalating trade war with China. Shihezi: The Textile Powerhouse of China 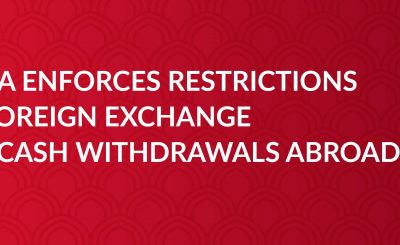 View all posts by easypaytransfers →

This site uses Akismet to reduce spam. Learn how your comment data is processed.